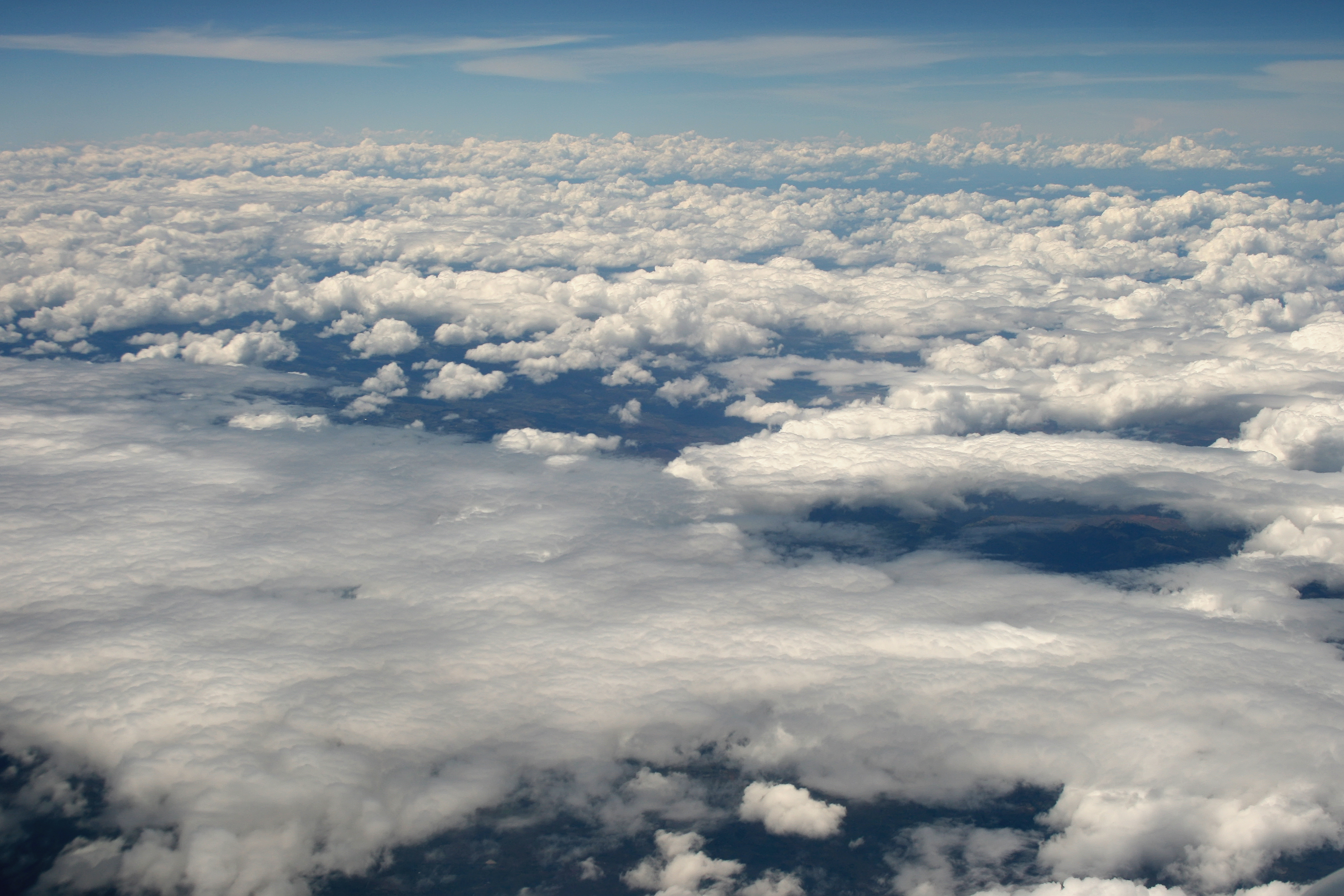 For our project, we will use OpenGL to accurately render the appearance of clouds from close up in real time. Additionally, we will allow the user to traverse the scene to observe clouds illuminated from a variety of different angles.

There are many ways to include clouds in graphics programs, ranging in realism from a simple flat texture to a complex particle simulation. For some applications, a simple texture far in the background is sufficient. But in something like a real-time flight simulator, having realistic renderings of the sky is a critical part of the experience.

Cloud renderings differ from the surface renderings we implemented in the raytracer project in that clouds are made up of millions of miniscule particles that refract and reflect light, separated by air and suspended in the atmosphere. We will have to figure out a way to simulate these particles in real time to create the illusion that the viewer is flying through the clouds.

Based on the existing literature, there exist methods to do cloud rendering in real time, but the most advanced techniques take advantage of GPU acceleration to achieve real time performance. Our goal is to create believable cloud renders in real time without relying upon expensive high performance hardware. This tradeoff is likely going to be the most challenging aspect of the project.

This paper from Intel (dynamic volumetric cloud rendering) mentions a particle method for simulating clouds that we would like to try in OpenGL (which does support parallelism). It uses “a multithread framework and Intel® Streaming SIMD Extensions (Intel® SSE) instructions” to achieve real time performance. On top of that, the method described also simulates dynamic evolution of clouds, which could be a feasible stretch goal.

Our main goal is to create a believable real time demo of a scene featuring static clouds as well as a light source (the sun) using WebGL. There will also be keyboard controls that allow the user of our demo to traverse the scene. They will be able to fly above the clouds, seeing differences in appearance based on how the clouds interact with the light reflecting off or passing through it.

Of course, accuracy of the clouds is going to be fairly subjective – our goal is to create realistic enough clouds that it takes a non-cloud expert at least a few seconds to discern that the image they are looking at is a computer generated render. For rendering clouds, we will investigate and implement ray penetration through volume textures based on both direct and indirect light. Direct lighting will come from a fixed point, while the indirect lighting will deal mainly with light bouncing off of other objects, such as other clouds.

Performance of the demo will be easier to assess. As a baseline, we hope that the demo is performant enough that the controls are responsive. As a rough estimate, this StackExchange response suggests that 10 FPS is a bare minimum for responsiveness. We’ll aim for this minimum target on a standard 2014 Macbook Pro. We will also have a reasonable 2 GB cap on memory usage for the WebGL implementation. This is to ensure we properly close off any potential memory leaks and prevent newly generated clouds from churning through too much memory.

Performance wise, while something like 10 FPS is the bare minimum, we hope to achieve at least 30 FPS for our demo. Of course, this will vary depending on the device that the demo is run on. We would like to have varying volumetric renderings of clouds that change size and shape over time.

There are a couple of additional graphical features we would like to showcase, given the time.

For the first week, we plan to setup our development environments and get acquainted with OpenGL. At this point, we will also conduct research into the feasibility of our current plan, and scope out alternative cloud rendering approaches.

From there, it’s a bit difficult to estimate how much time it will take to complete the different parts of the project. We hope to have the static cloud rendering done by the checkpoint, at which point we would turn our attention to implementing traversal. Any remaining time after that would be put towards our stretch goals.

We have laptops, and will run WebGL on our CPUs only. After seeing other WebGL demos, we are optimistic that this will run with acceptable performance. If needed, we will use the discrete GPUs on lab computers to render.