Credit for this idea goes to this StackOverflow answer. I just wanted to raise awareness and also share some tweaks I made to make this smoother.

I’ve recently come up against an interesting setup challenge. I needed to satisfy both requirements while teaching:

tmux is a terminal multiplexer, which, in a nutshell, brings you the following benefits (and since I’m a tmux newbie, probably many more that I am not aware of):

Most importantly, it’s possible to attach to a given terminal session in tmux multiple times. This means I can have two separate windows attached to one terminal, both displaying the same thing! You can probably see where this is going.

To get started, I create a new tmux session and name it according to whatever thing I’m doing just to keep things simple:

Then I open another terminal window to put on a separate screen, and attach to that session:

Here it is in action:

Therefore, with not very much setup, it’s possible to get the best of both worlds: a projected terminal without needing to resort to display mirroring.

There’s one final detail, which is that tmux windows will size themselves according to the minimum dimensions of attached sessions. So if one terminal window is bigger than the other, there will be a size mismatch. Usually, the projected terminal is smaller (since it’s more zoomed in), so the user terminal will end up with a bit less space. 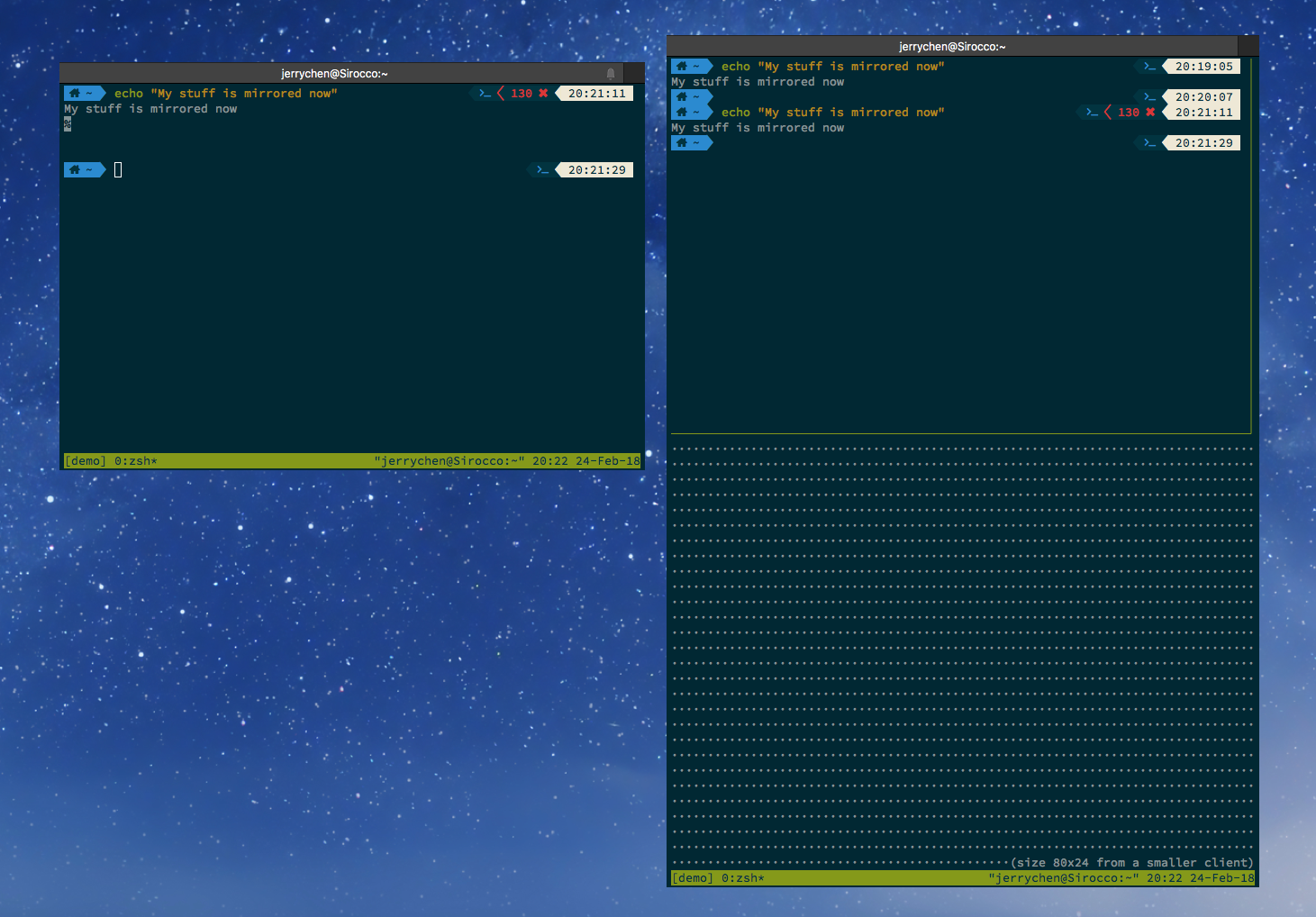